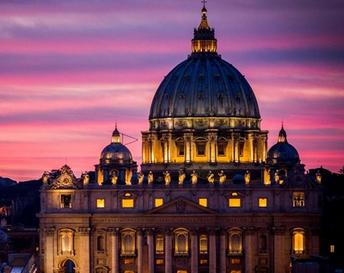 The Vatican and Afterlife Contacts:

ROME - One of the most authoritative spokesmen of the Roman Catholic Church has raised eyebrows among the faithful by declaring that the Church believes in the feasibility of communication with the dead.

The Rev. Gino Concetti, chief theological commentator for the Vatican newspaper, L’Osservatore Romano, denied he was signaling any change in approach. But he agreed that his remarks might come as a jolt to many believers.

He said the Church remained opposed to the raising of spirits, but added: "Communication is possible between those who live on this earth and those who live in a state of eternal repose, in heaven or purgatory. It may even be that God lets our loved ones send us messages to guide us at certain moments in our life."

His comments were first made in support of an American theologian, the Rev. John Neuhaus. Neuhaus had described how a friend had seen a ghost. He said there were various explanations, but "the important thing is not to deny such things a priority."

Concetti said the key to the Church’s attitude was the Roman Catholic belief in a "Communion of Saints," which included Christians on earth as well as those in the after-life. "Where there is communion, there is communication," he said.

Concetti suggested dead relatives could be responsible for prompting impulses and triggering inspiration - and even for "sensory manifestations," such as appearances in dreams.

Concetti said the new Catholic catechism specifically endorsed the view that the dead could intercede on earth and quotes the dying St. Dominic telling his brothers: "Do not weep, for I shall be more useful to you after my death and I shall help you then more effectively than during my life."

This article was published by London Observer Service on January 31, 1999 and was written by John Hooper.